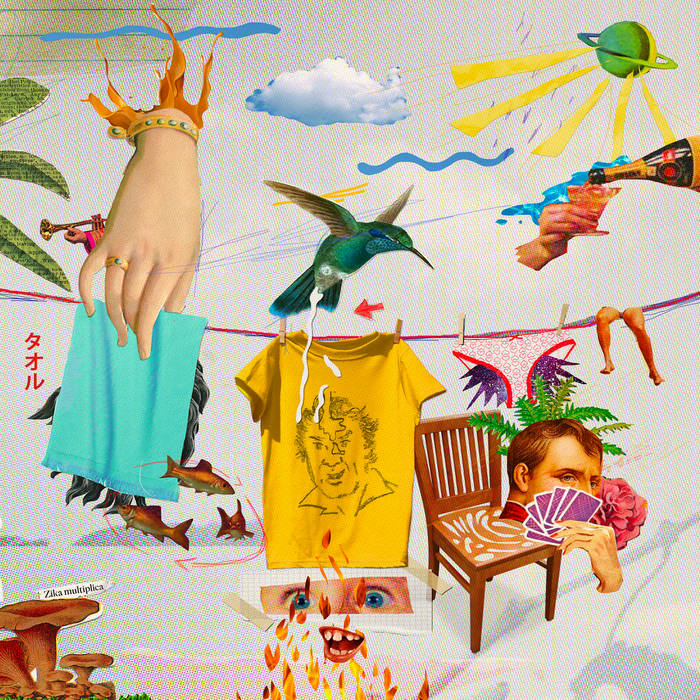 The tenth album of Wander Wildner's solo career features ten songs composed in the last year with music friends of the new generation. With Lulina, a Recife-based composer based in São Paulo, Wander made “A river of non-Newtonian fluids”, “Dreams” and “Script”, with Juvenil Silva, another exponent of the Pernambuco scene, made “With Liniker and with detachment” and “Friend” . Gustavo Kaly, a Santa Catarina composer based in Barcelona, ​​made two songs for the album, “Whenever I can I run away from winter” and “Meio Bauhaus midwinter”, and together they composed “Pensando em Ratos”. Arthur de Faria, a longtime comanchero, produced “Fantasma” and “Script”, of which he is co-author. Two other songs complete the album, “Fantasma” and “A vida é uma tablecloth extended on the clothesline”, by Wander.
The disc was recorded in Porto Alegre by Thomas Dreher during the month of October 2016 and featured Gustavo Chaise on bass, Pedro Zignani on drums, Arthur de Faria on keyboard, Jimi Joe and Julio Porto on guitars, and Desirée Marantes on the violin. They all accompany Wander on the launch show. The cover and back cover art is by Lukas Doraciotto, the cover art by @ cava_27, both in collaboration with Lulina.

Featured sounds from Fly Lo and Ahmed Idris, plus Mother Nature hops on to drop off new project