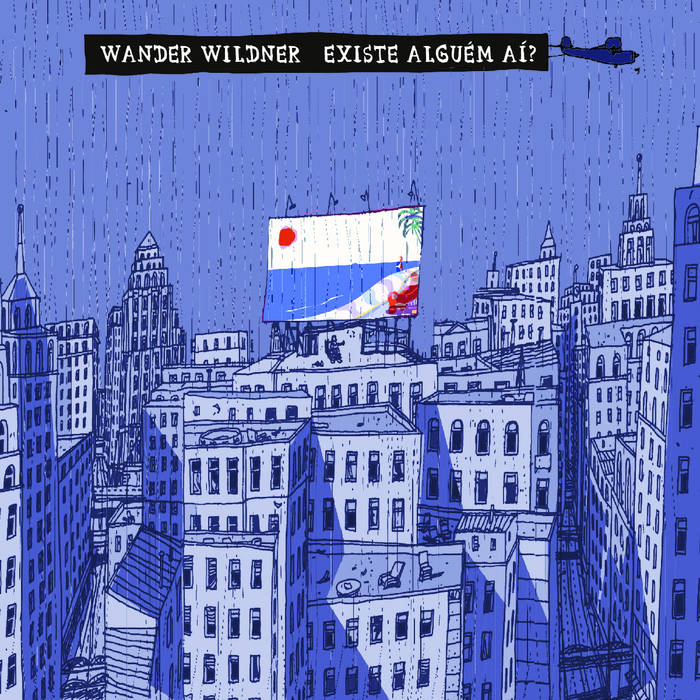 WANDER WILDNER DOES THE MAGIC OF REINVENTION ONCE AGAIN IN “IS THERE ANYONE THERE?”
Attentive ears: there's a new album by Wander Wildner in the square. Is There Anyone There? it is his eighth solo album that arrives, as with his previous works, very different from his predecessor, Mokochinchi Folksom. These strangeness and musical turning points in Wander's career are the daring of a restless artist who always knew it was time to turn things around and reinvent himself based on his own trajectory. They are also movements that do not dispense with the essence of Wander's musical work since he started with Replicantes, more than 30 years ago, at the same time that they incorporate new musical experiences to which the artist exposes himself without shame, absorbing these new contacts, virtual or real elements necessary for this eternal recreation. As the I Ching, the ancient Chinese oracle of mutations, teaches, everything is constantly changing. It is an organic issue. All this that seems more rhetorical than praxis applies to Is There Anyone There?
True to the Pinkfloydian referential title (“is there anybody out there?”), Is there anyone there? presents 10 new songs that for the most part are favored by dark tones starting from the literal and sonically stormy Réquiem Para Uma Cidade, which opens the new album. This musical and poetic atmosphere of realizing the inevitability of uncertain existential frustrations continues in That Night She Cried, which extends through Anguish Trapped in the Throat and Saudade. The dense sounds of the raw instrumental bases and at the same time loaded with dynamics and intentions very well elaborated, accentuate the general idea of ​​Is Someone There? But Wander fans don't need to be scared: the guy who coined romantic hymns like Drinking Wine or I Have A Written T-Shirt I Love You has not abandoned his primary influences. While the ears get used to the ripped sounds of these songs that border a post-existentialism through the 21st century perspective, Wander also offers us the chance to dream in the verses and melodies of other new and beautiful songs such as Numa Island, Plantar, Colher and Then Dance and She's a Phoenix.
Is There Anyone There? it is yet another successful exercise in artistic creation in its own right and a vigorous reinvention of the usual ritual of Wander Wildner, which has always been that of not marking a step, but rather looking for new directions to follow, daring, taking risks like those who walk the rope tightrope without protection net. While reinventing himself and changing his skin once again, on his eighth solo album, Wander keeps intact the pathos that make him (and, consequently, his work) one of the few names that can make rock still feel in time. musically liquefied.
JIMI JOE
PORTO ALEGRE, SUMMER 2015